The Dangers of Laced Recreational Marijuana 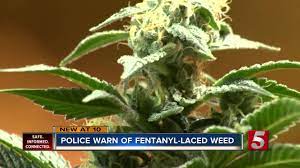 Street and recreational marijuana can be laced with substances and other drugs including glass, bacteria, fentanyl and cocaine. There have been reports of marijuana laced with fentanyl in New York State. Fentanyl is a powerful opioid that is 100x stronger than morphine, which has resulted in many deaths. ⁠⁠

Three people have been arrested in Vermont in connection with marijuana laced with the powerful opioid fentanyl, police said. Last month, Brattleboro police responded to a report of an overdose and revived the patient using CPR and the opioid-overdose antidote naloxene. The person told police that they had smoked marijuana and had not taken any opioids. Officers tested the patient’s marijuana and found it contained fentanyl, prompting them to warn the public.

Police searched a residence in Brattleboro on Tuesday and said they found several containers of what they believed to be marijuana laced with fentanyl, the Brattleboro Reformer reported. The marijuana was sent to a lab for testing, police said in the statement. Three people were arrested for possession of fentanyl.

Since recreational marijuana is not yet regulated and available in dispensaries in NYS, take extreme caution if you choose to buy it from other sources. If you have a medical condition that qualifies you for medical marijuana, the safer route is to become certified and purchase MMJ from a licensed and regulated dispensary. ⁠