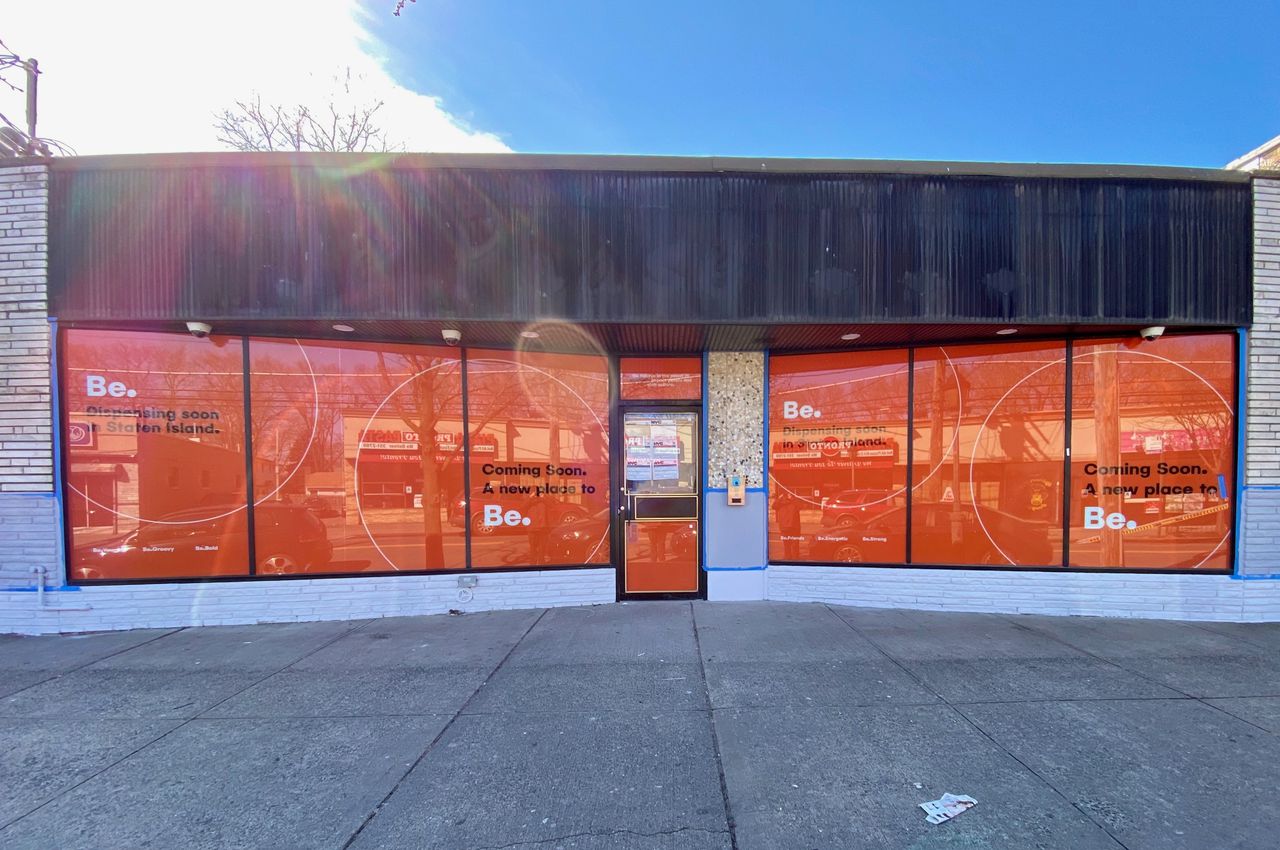 STATEN ISLAND, N.Y. -- In just over two weeks, medical marijuana patients on Staten Island will have a brick-and-mortar location to visit without paying a bridge toll or fighting city traffic.

A spokeswoman for marijuana retail chain Be. -- formerly CITIVA -- confirmed Tuesday that a soft opening is planned at 338 New Dorp Lane on March 11, followed by a grand opening March 26.

The New Dorp location -- part of a national retail chain owned by iAnthus Capital Holdings -- will provide local patients access to products containing marijuana’s THC and CBD properties that previously required a trip to Brooklyn or Manhattan. Patients currently have the option of delivery to their home.

Products offered at the store will include oils for vaping, pills, or tinctures to mix with drinks.

Qualifying ailments for patients in New York include cancer, PTSD, epilepsy, and “pain that degrades health and functional capability as an alternative to opioid use or substance use disorder,” according to the company’s website.

The store initially was set to open in November, but plans were delayed due to a combination of landlord and construction issues, according to Dr. Jack D’Angelo, chief medical officer for Be.

D’Angelo last week, saying “we’re pretty confident that we’re not going to get delayed any further.”

During a tour in September of the company’s Brooklyn location, store pharmacist Nelson Cuevas said customers have spoken about reducing the use of painkillers such as gabapentin and opioid-based products with medical marijuana.

“They’re not totally off of [painkillers], but they reduce the amount they take daily,” said Cuevas. “So they’ll end up at the end of the month with a half a bottle of pills, whereas before they were on cannabis therapy, they were actually a couple days early needing a refill.”

Of the 40 or so patients the company’s Downtown Brooklyn location was serving each day, as of September, many were senior citizens and many were traveling from Staten Island.

D’Angelo said the company has “rigorous standards and security that are regulated by the state.”

In addition, he said, “you have to have a card and a license to get in there.”

Medical marijuana was legalized in New York in 2014, and is legal in 21 other U.S. states.