Opioid use added as qualifying condition for medical marijuana in NY 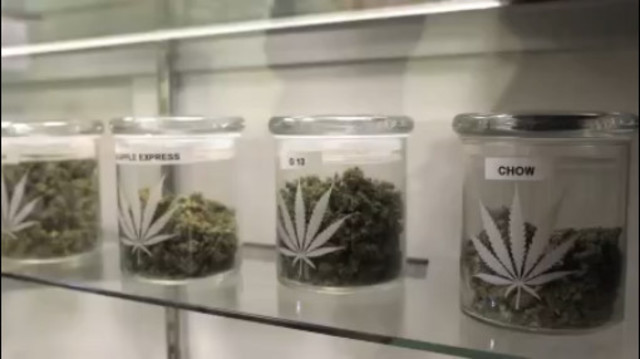 The New York State Department of Health made the announcement on Monday.

“The opioid epidemic in New York State is an unprecedented crisis, and it is critical to ensure that providers have as many options as possible to treat patients in the most effective way,” New York State Health Commissioner Dr. Howard Zucker said. “As research indicates that marijuana can reduce the use of opioids, adding opioid use as a qualifying condition for medical marijuana has the potential to help save countless lives across the state.”

Opioid use joins 12 other qualifying conditions in a state program.

Currently, a number of conditions can qualify patients for medical marijuana. These include cancer, AIDS, Parkinson's disease and epilepsy, among others.

The new change is in response to the increasing amount of opioid-related deaths that have happened in recent years.

The Department of Health says marijuana can be an effective treatment for pain and decreases the chances of dependence.

As of Monday, there are more than 59,000 certified medical marijuana patients and nearly 1,700 registered practitioners participating in New York's Medical Marijuana Program.

George Amedore, co-Chair of the Senate Task Force on Heroin and Opioid Addiction said "“I have been strongly advocating to remove barriers and allow the use of medical marijuana as an alternative to opioids because it will help patients, reduce the number of highly addictive opioids in circulation, and ultimately, it will save lives.