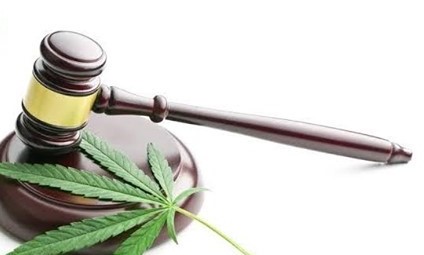 A New York Court ruled that a Con Edison employee who was fired after a positive drug test, can sue the company. Since the employee is a medical marijuana certified patient, the termination is deemed a violation of New York state and city laws, and the employee's status as an MMJ patient under the Compassionate Care Act. 🍃

The record shows that plaintiff worked for defendant as a financial analyst. Plaintiff suffered from irritable bowel disease (IBD), one of the conditions covered by the Compassionate Care Act (CCA) (see PHL 3360 to 3369-e), and in December 2016, she consulted a physician about whether medical marijuana would help with her IBD symptoms. The physician told plaintiff that she would be a suitable medical marijuana patient. On December 17, 2016, plaintiff tried marijuana to see if it would alleviate her IBD symptoms, and, plaintiff alleged, the drug worked "instantaneously" to relieve her symptoms. The next day, plaintiff contacted a physician registered with the New York State Department of Health's Medical Marijuana Program (MMP) to certify patients for medical marijuana treatment, and made an appointment to see the doctor on December 27, 2016.

On that same day, defendant's Human Resources (HR) department informed plaintiff that she had tested positive for marijuana use. Plaintiff responded that she was a medical marijuana patient, and that she had used marijuana to treat her IBD symptoms. The HR officer scheduled an appointment for plaintiff to meet defendant's in-house medical review officer (MRO), a physician, on January 5, 2017.

On January 9, 2017, the MMP issued plaintiff's Registry ID card. On January 10 and 11, 2017, plaintiff reiterated to the HR department and her supervisor that she was a certified medical marijuana patient. At the meeting on January 11, defendant terminated plaintiff's employment.

The foregoing timeline establishes that [*2]there are issues of fact, for purposes of plaintiff's claim for failure to accommodate under the State Human Rights Law (HRL), as to whether defendant adequately engaged in a cooperative dialogue with plaintiff (see Jacobsen v New York City Health & Hosps. Corp., 22 NY3d 824, 834 [2014]; Phillips v City of New York, 66 AD3d 170, 176 [1st Dept 2009]) to determine whether it could reasonably accommodate her status as a medical marijuana patient (see PHL 3369[2]). Notably, questions of fact exist as to whether defendant improperly cut the dialogue process short when it discovered that plaintiff was a probationary employee, and refused to consider accommodating her — as it regularly did for permanent employees — by, for example, giving her discipline short of termination, or simply overlooking the one-time technical violation in light of her contemporaneously acquired status as a medical marijuana patient (see Matter of McEniry v Landi, 84 NY2d 554, 560 [1994]).

This case is distinguishable from cases like Hazen v Hill Betts & Nash LLP (92 AD3d 162 [1st Dept 2012], lv denied 19 NY3d 812 [2012]), where we held that even when an employee's "misconduct was caused by his disability, [the employer] was not required to excuse that misconduct as an accommodation" (id. at 170). Here, plaintiff did not here seek certification for medical marijuana use after testing positive for its use. Instead, her pre-certification marijuana use was the beginning of a process which ended with her certification for medicinal use. Plaintiff began the certification process before she tested positive at work. Nor is there any allegation that plaintiff's use of marijuana, either before or after certification, has ever affected the quality of her work or her ability to do that work, or that she has ever used marijuana, medicinal or otherwise, at the workplace.

The State HRL defines status as a medical marijuana patient as a protected disability, but the City HRL does not. Although the City HRL must be construed liberally to ensure maximum protection (see Administrative Code of City of NY § 8-130[a]), certification as a medical marijuana patient is (other than as specified for purposes of claims under the State HRL) a legal classification. It is not a "physical, medical, mental, or psychological impairment," which is how disabilities are defined under the City HRL (Administrative Code § 8-102).

Nevertheless, plaintiff's IBD, is a physical impairment and thus a disability under the City HRL. Accordingly, issues of fact exist as to whether defendant should have permitted plaintiff to treat her IBD through the medical use of marijuana, as a reasonable accommodation. In that regard, a further issue of fact exists as to whether the accommodation would reasonably extend to excusing the single pre-certification use of marijuana, and whether defendant fulfilled its duty to engage in an interactive dialogue with plaintiff aimed at reaching a reasonable accommodation for her disabling condition[*3].

However, plaintiff's third cause of action for violation of PHL 3369 must be dismissed, because the provisions of PHL 3369 demonstrate that creation of a private right of action would not be consistent with the CCA's statutory scheme (see Sheehy v Big Flats Community Day, Inc., 73 NY2d 629, 633 [1989]; Rhodes v Herz, 84 AD3d 1, 10-11 [1st Dept 2011], lv dismissed 18 NY3d 838 [2011]). Section 3369 expressly references several well-developed existing statutes prohibiting discrimination, including the State HRL, Civil Rights Law § 40-c, and the hate law provisions of the Penal Law.

These express references evidence the legislature's intention to invoke the protections afforded by those statutes as the enforcement mechanisms for violations of the CCA. In particular, the CCA's unique provision that status as a medical marijuana patient shall constitute a "disability" for purposes of the State HRL, signals the legislature's intent to incorporate that highly developed body of law as a mechanism for certified patients' protection of their right to avail themselves of the benefits of medical marijuana.