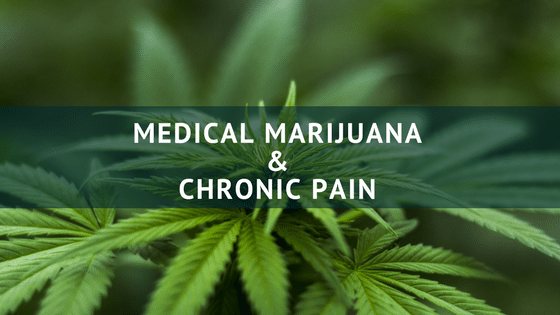 What are the best cannabis strains for chronic pain?

Medical marijuana is an increasingly popular alternative to traditional pain-relieving medications, including opioids. Marijuana may ease certain types of chronic pain, including pain resulting from nerve damage and inflammation.Today, chronic pain affects more people than cancer, heart disease, and diabetes combined. Chronic pain is the most common cause of long-term disability in the United States.

Most marijuana-based products do not have approval from the United States Food and Drug Administration (FDA), and more evidence is necessary to confirm their safety and effectiveness.However, anecdotal evidence suggests that marijuana or its compounds may help relieve some types of pain.

There are distinct types or strains of marijuana available, and each may have slightly different effects on the user.

In this article, we look at the best marijuana strains for chronic pain relief.

There is limited research available on the use of specific marijuana strains for pain and other symptoms. As a result, strain-specific recommendations are not medically proven.

The results of an online survey, comprising 95 participants, featured in the Journal of Alternative and Complementary Medicine in 2014.

The researchers found that participants preferred indica strains for pain management, sedation, and sleep while they would opt for sativa strains to improve energy and mood.

It is, however, important to note that this study had several limitations. It was small in scale, anonymous, and asked people to self-report on their symptoms. Respondents did not use the marijuana in a controlled setting, potentially resulting in differences in drug composition, dosage, and potency.

Another study examined the use of organically grown sativa and indica strains in the treatment of several medical conditions. Just over half of the participants were using marijuana to treat HIV.

The study followed participants for 3 years and asked them about the effects of the drug on their condition during this time. The results indicated that indica strains are more likely to improve energy and appetite, while both sativa and indica strains can alleviate nausea to a similar degree.

How does marijuana work for pain?

Marijuana, or cannabis, contains compounds that may relieve pain, nausea, and other symptoms. The components of marijuana that most studies focus on for pain relief are cannabidiol (CBD) and tetrahydrocannabinol (THC).

THC resembles the cannabinoid chemicals that occur naturally in the body. When people ingest or inhale THC, it stimulates the brain's cannabinoid receptors.

This activates the brain's reward system and reduces pain levels. THC is a psychoactive compound as it binds to cannabinoid receptors and produces an elevated state of mind, known as a high.

CBD does not cause a high, although it does interact with pain receptors in the brain to exert pain-relieving and anti-inflammatory effects.

What the research says

In recent years, many studies have looked at the effects of marijuana for chronic pain. Some studies used parts of the marijuana plant and some have used the entire plant so more research is needed. Using parts of the marijuana plant (like CBD oil) helps study specific actions of that ingredient, but when the whole plant is used there is what is called an entourage effect, where the parts work together to have more effect.

A 2015 review of research on the use of marijuana and cannabinoids for various chronic pain conditions reports that several trials had positive results. The researchers suggest that marijuana or cannabinoids may be effective for treating some types of chronic pain including neuropathy (nerve pain).A research paper from 2016 found that marijuana use for cancer pain led to a 64-percent reduction in opioid use, improved quality of life, and caused fewer medication side effects. It also led to participants using fewer medications.

Smaller studies have reported benefits for other types of chronic pain. For example:

Of about 17,000 people with cancer, 70 percent reportedly experienced an improvement in pain and general well-being after marijuana use.People with chronic migraines experienced a decrease in migraine episodes after using the drug.

However, there is still a need for more research into the area of marijuana use for chronic pain, especially into the use of different strains, dosages, and methods of delivery.

An Australian study, published in July 2018, concluded that marijuana use did not reduce the symptoms of pain or the need to use opioid medications. However, the findings were mostly based on reports from people who used the drug recreationally.Using marijuana specifically for medicinal purposes might yield different results.

Medical marijuana refers to the whole, unprocessed plant or its extracts.

Medical marijuana only has approval from the U.S. Food and Drug Administration (FDA) as a safe or effective treatment for two conditions. These are rare and severe forms of epilepsy that involve seizures that other drugs have not been able to control.

The name of the drug is Epidiolex. It contains a purified form of CBD, and the FDA gave approval in June 2018.

The FDA have not yet approved the use of any marijuana drugs for pain relief.

Synthetic marijuana is also the name given to drugs such as K2 or Spice. The National Institute on Drug Abuse (NIDA) point out that these are not marijuana, they are not safe, and they are not recommended for any purpose. The adverse effects of these drugs can be fatal.

Synthetic marijuana attempts to duplicate the effects of the ingredients in the plant. There is theory that the entire plant has a more profound effect with the different ingredients working together to have an entourage effect.

Risks and side effects

Marijuana use can cause some side effects, including: dependence, breathing problems, dizziness, addiction, which occurs in 9 percent of people who begin use in adulthood, impaired reaction times, interactions with medication, loss of concentration, memory issues, mental health issues in those predisposed to them, rapid heart rate, and withdrawal symptoms

Everything you need to know about CBD oil:

Many people use cannabidiol (CBD) oil for pain relief without the psychoactive component of marijuana.

Marijuana is available in several different forms, including:

A popular way of consuming marijuana is through edibles.It is possible to extract full extract cannabis oil (FECO) from cannabis using grain alcohol or ethanol.

CBD is another type of marijuana-based oil that is increasingly popular among people with chronic pain.

People can apply lotions, balms, and salves containing cannabinoids to the skin to relieve pain and inflammation. Transdermal patches that contain cannabinoids are also available and are typically more potent than lotions and salves.

Edibles are one of the most popular ways to use marijuana. Edibles involve infusing food, such as cookies, brownies, and candies, with the drug.

Marijuana edibles offer an easy way to take marijuana, but the effects of edibles can be difficult to predict.

Sublingual administration involves placing a drug under the tongue. The drug enters the bloodstream faster using this method and so it will work more quickly.

Marijuana vs. opioids for pain relief

Opioids are powerful medications that relieve pain by acting on the nervous system. They are highly addictive, and withdrawal symptoms are not uncommon.

In 2016, approximately 116 people died every day in the U.S. from opioid-related drug overdoses, and 11.5 million people misuse prescription opioids every year.

Is marijuana better than opioids?

Medical marijuana may offer an alternative to addictive opioids. When researchers surveyed almost 3,000 medical cannabis users, they found that 30 percent had used opioids in the last 6 months.

Of those respondents, 81 percent agreed or strongly agreed that marijuana was more effective alone than in combination with opioids.

In addition, 97 percent said they agreed or strongly agreed that they could decrease their opioid usage when taking marijuana.

According to some research, it is as effective as opioids, which are among the most potent pain-relieving drugs.

The side effects of marijuana use are usually minimal, especially in comparison with opioid side effects. However, due to lack of regulation for most marijuana-based therapies, the exact composition and quality of a product cannot be guaranteed.

This evidence indicates that marijuana may be beneficial for chronic pain relief.

There are several strains of marijuana available, so even if one strain does not reduce symptoms, another may. Typically, it is best for people to keep their dosage low, especially if they are new to using marijuana.

Those who wish to use medical marijuana should discuss the risks and benefits in more detail with their doctor and ensure they obtain their medications legally and from a reputable outlet.