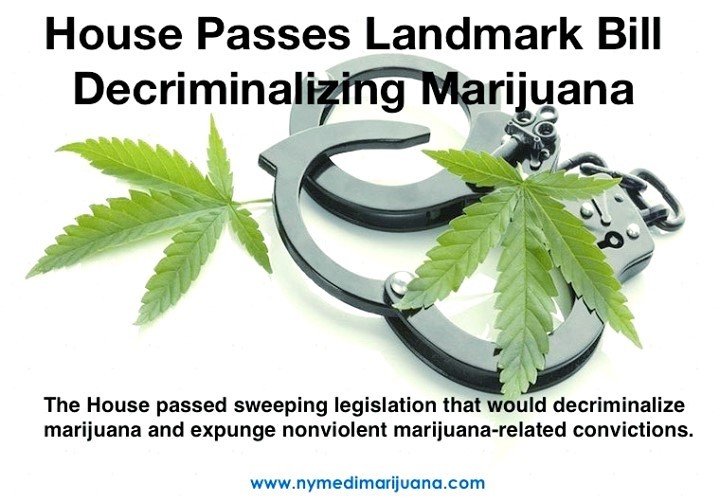 The measure is aimed at rolling back drug policies that have disproportionately affected low-income communities of color. The bill would remove the drug from the Controlled Substances Act and authorize a 5% tax on marijuana that would fund community and small business grant programs to help those most impacted by the criminalization of marijuana. It must now pass in the Senate. ⁠

“We are not rushing to legalize marijuana — the American people have already done that. We are here because Congress has failed to deal with a disastrous war on drugs and do its part for the over 50 million regular marijuana users in every one of your districts,” said Rep. Earl Blumenauer (D-Ore.), a longtime liberalization advocate. “We need to catch up with the rest of the American people.”

Decriminalizing marijuana at the federal level would not end the vast majority of cannabis-use prosecutions, which occur in state courts. But it would end troublesome conflicts between state and federal law for those states that have loosened pot restrictions and would greatly ease commerce for the multibillion-dollar cannabis industry.