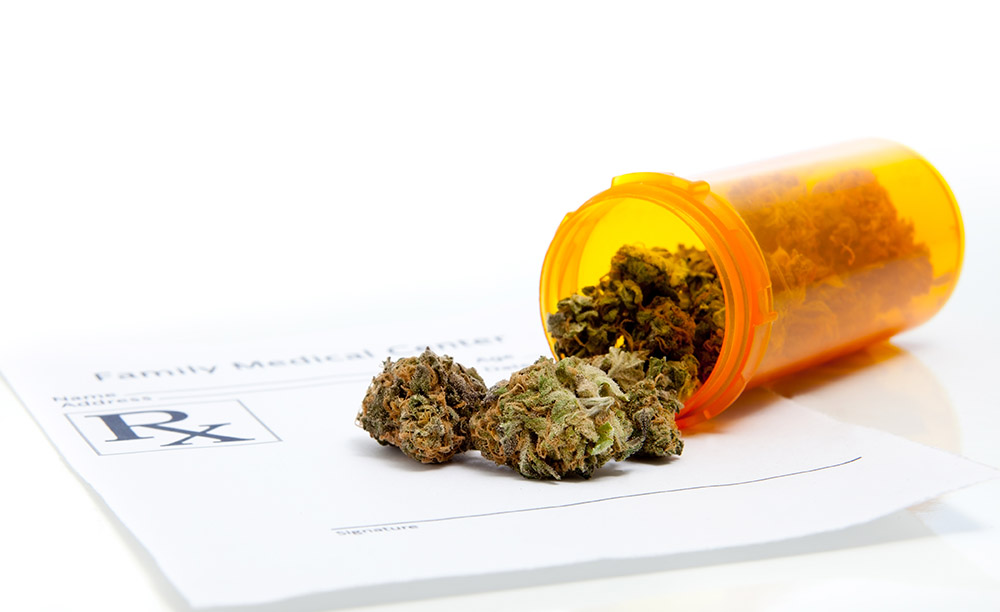 Harm reduction is a strategy for treating addiction that begins with acceptance. A friendlier, less disciplined sister of abstinence, this philosophy aims to reduce the overall level of drug use among people who are unable or simply unwilling to stop. What should naturally follow is a decrease in the many negative consequences of drug use.In other words: progress, not perfection, as advocates of Alcoholics Anonymous often say.Most European countries and Canada have embraced the idea of harm reduction, designing policies that help people with drug problems to live better, healthier lives rather than to punish them.On the front lines of addiction in the United States, some addiction specialists have also begun to work toward this end.Joe Schrank, program director and founder of High Sobriety, is one of them. He says his Los Angeles-based treatment center uses medicinal cannabis as a detox and maintenance protocol for people who have more severe addictions, although it's effectiveness is not scientifically proven."So it's a harm-reduction theory," he said. "With cannabis, there is no known lethal dose; it can be helpful for certain conditions.""Some say it's hypocritical because, you know, you're supposed to go to rehab to get off drugs," said Schrank, who recently celebrated 20 years of sobriety from alcohol and all drugs. "And cessation of drug use can be a goal for some people, but pacing is also important." Some patients want to gradually move into abstinence, weaning themselves off drugs over time. Others want to maintain sobriety from a drug by using a less harsh drug, such as cannabis.

Stopping the opioid crisis in the wombOthers, including Todd Stumbo, CEO of Blue Ridge Mountain Recovery Center in Georgia, do not favor using marijuana as treatment for addiction."I'm all about adding interventions and therapeutic techniques that have proven to be significantly profound in the changes to somebody's life and treatment. Unfortunately, I don't know that there's evidence to substantiate that marijuana's had that effect," says Stumbo. "Our take is abstinence based and we use every tool or intervention we can that's been proven effective in the past."Still, harm reduction is gaining acceptance in the wider field of addiction specialists in the U.S."In principle, what we have aimed for many years is to find interventions that would lead to complete abstinence," said Dr. Nora Volkow, director of the National Institute on Drug Abuse. Practically, though, that has been very difficult to achieve with relapsing addictions."One of the things is, we don't have any evidence-based medication that has proven to be efficacious for the treatment of cocaine addiction," Volkow said. "So we currently have no medicine to intervene, and it can be a very severe addiction and actually quite dangerous."

Cocaine's effects: Highs and harmsDangerous because it gives users a high that literally alters the brain. Medical consequences of cocaine addiction include seizure, stroke and bleeding within the brain."We have started to explore the extent to which interventions that can decrease the amount of drug consumed can have benefits to the individual," Volkow said, adding that she'd make this same argument for opioids and heroin. "It would be valuable to decrease the amount of drug consumed."Schrank is clear on the value of simply reducing drug use."We think of addiction as this light switch you can turn on and off," he said. "What we're learning is that for some people, it's similar to scuba diving: You can only come up 20 feet so often or you get very, very sick. When people stop immediately and that abruptly, it really makes them vulnerable."Schrank, who readily concedes there are possible health and addiction risks with marijuana, says he offers his cannabis detox and maintenance protocol to people addicted to crack cocaine as well as those trying to kick opioids. Through the years, he says, he's treated about 50 people with this technique and expects to see "more people wanting to try to have a voice in their recovery rather than just plug into systems telling them what to do."Marijuana "can really help people with pain management and other health issues, or it can help them be safer," Schrank said.Reversing heroin's damageYasmin Hurd, director of the Addiction Institute at Mount Sinai School of Medicine, says generally, cannabidiol is the more important compound when it comes to marijuana as a treatment for addiction. It is one of the two primary cannabinoids, along with Δ9-tetrahydrocannabinol (THC), found in the cannabis plant. In terms of the wider scope of medical marijuana research, this is the "same cannabidiol being looked at for the kids with epilepsy," Hurd said.THC, she says, binds to cannabinoid receptors in our brains (as do the natural cannabinoids our bodies produce), and it is the stimulation of those receptors that brings a "high." By comparison, cannabidiol has very weak effects in this regard and negatively modulates that receptor, instead.Yet cannabidiol reverses some of the brain changes that occur with heroin use, Hurd says, based on her own studies of the compound.

Prescriptions may hold clues to who gets hooked on opioids, study saysFor instance, heroin harms the glutamate transmitter system, which is important for decision-making, cognition and even reward, explains Hurd."We found that (cannabidiol) reversed the impairments caused by heroin, for example, on the glutamatergic receptors," Hurd said. Similarly, cannabidiol reversed damage to the cannabinoid receptors themselves caused by heroin, while activating the serotonin system: the neurotransmitter system believed to affect mood and a common target for makers of anti-anxiety and antidepressant medications.More generally, cannabidiol positively influences our biological systems that are linked to the negative components of addiction, such as anxiety and inhibitory control, Hurd suggests."We still haven't figured out how it works," Hurd said. She notes that although cannabidiol is believed to be a "treatment to consider for opioid addiction and other drugs," there aren't a lot of data, especially with regard to its potential effects for cocaine addiction.Adding to the data is a recent study, funded in part by a company applying to the Canadian government for a license to produce medical cannabis, exploring one possible harm reduction plan: swapping crack cocaine for marijuana.Studying crack usersCrack cocaine is said to be a low-end incarnation of a rich man's drug. Cocaine, an expensive stimulant made from the leaves of the coca plant native to South America, can be processed to make a cheap crystal rock or "crack." The name refers to the crackling sound the rock makes when heated so its vapors can be inhaled through a pipe, but many users prefer to mix crack with vinegar to form a liquid that can be injected. This form becomes much higher-risk to users who are likely to share needles.

Your brain on weed 01:39To explore whether smoking marijuana might reduce crack use, researchers led by M-J Milloy, an infectious disease epidemiologist and research scientist at the BC Centre for Excellence in HIV/AIDS, recruited drug users living within the greater Vancouver area of British Columbia.Milloy and his colleagues measured and analyzed how frequently 124 drug users smoked or injected crack before, during and after a period of cannabis use, based on their own self-reports.Crack use did not decrease during the period when participants intentionally self-medicated with cannabis, compared with the time before trying marijuana.Afterward, crack use decreased significantly, with participants reporting using it on average about half as often as before the intervention."We certainly have no illusions that this is the final word on the matter. Indeed, I think what it really is, it may be a first step," Milloy said of his study, which was recently published in the journal Addictive Behaviors. "So what we hope is that further study will let us know if it is in fact an effective substitution treatment for crack cocaine use disorder. To that end, we are putting together a clinical trial, which we hope will better test the hypothesis that cannabis could be useful to people who are suffering from this disorder."

Which doctor you see could determine how long you use opioids, study saysAlthough the Vancouver study did not investigate the brain science to explain how marijuana might have this effect, Milloy and his co-authors say that emerging data "provide biological plausibility" for the findings.They reference animal studies demonstrating that THC and cannabidiol may help eliminate cocaine-craving and heroin-seeking behaviors. One study in rodents showed cannabidiol to disrupt the reconsolidation of cocaine- and opioid-related memory, while findings from human trials suggest that high doses of cannabidiol effectively decreased cravings and anxiety among heroin-dependent people.Volkow believes the Vancouver study result, showing that smoking marijuana reduced use of cocaine (though without producing abstinence), is an "interesting finding that cannot be ignored."'Be yelled at for 30 days'Generally, she says, not a lot of study has been done in the area of swapping cannabis for cocaine, and she emphasizes the need to determine whether the result can be replicated and studied even more extensively "under a clinical trial-type design, so you can actually document that cannabinoids can decrease consumption of cocaine.""There have been a couple of papers that have reported actually some beneficial effects of marijuana smoking and the use of other drugs, but there also was one other paper that reported the opposite," Volkow said.That paper found, "an increase instead of a reduction in the severity of cocaine withdrawal symptoms," and concluded, "worse detoxification treatment response."

Pediatricians warn about dangers of kids using marijuanaOther studies have also shown that long-term dependence on marijuana may intensify cocaine cravings while increasing the risk of relapse.To remedy the lack of scientific evidence, the National Institute of Drug Abuse is funding projects investigating synthetic THC for treatment of substance use disorderand providing grants for other projects testing cannabidiol for the treatment of methamphetamine use disorder and relapse prevention. The institute is also looking at the endocannabinoid system as a potential therapy for alcohol use disorder and opioid withdrawal.In the meantime, the picture is not always rosy in the field of addiction.Join the conversationSee the latest news and share your comments with CNN Health on Facebook and Twitter."The paradigm as it is now is, wait until it's a crisis and then be yelled at for 30 days, and then you're never supposed to do it again," Schrank said.

'Drugged driving' surpasses drunken driving among drivers killed in crashes, report findsAbstinence is "a hard thing for people to do, and I don't know that we give people enough space to grow and develop," he said. "Most people coming off crack or heroin would want the insulation of some kind of feeling change."Although most people in the treatment world would say an addicted client who swapped harder drugs for pot has a relapse and not recovery, Schrank said, "to me, if somebody was using heroin and now they're using cannabis, that's a major victory.""If you smoke the wrong rock of crack, your heart stops," he said. "It's very, very, very dangerous.""I've had so many clients who were in treatment and seemingly doing well, and then they dropped dead," Schrank said. "If rehab worked so well, why is the success rate like 5%? We're definitely doing something wrong."