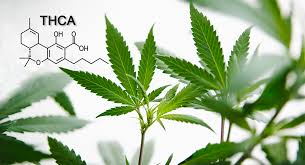 Marijuana is made from the dried leaves and buds of the Cannabis sativa plant. While the Food and Drug Administration (FDA) hasn't recognized or approved the use of the marijuana plant as medicine, many states have legalized marijuana for medical use.

The FDA has approved two drugs, dronabinol (Marinol, Syndros) and nabilone (Cesamet), made from synthetic forms of ingredients found in marijuana. They can be legally prescribed for the treatment of nausea and vomiting caused by chemotherapy when other treatments have failed. Dronabinol might also be used for the treatment of anorexia associated with weight loss in people with AIDS.

Medical marijuana is available as an oil, pill, vaporized liquid and nasal spray, as dried leaves and buds, and as the plant itself. The herb is typically used to treat chronic pain, nausea and vomiting associated with cancer treatment and muscle spasms.

Research on the use of marijuana for specific conditions shows:

Evidence has shown that marijuana can effectively treat chemotherapy-induced nausea. It might also reduce spasticity related to multiple sclerosis and reduce the intensity of neuropathic pain.

However, marijuana use can cause cognitive impairment and should be used with caution if you have a mental health condition. In many places marijuana use is considered illegal for any purpose.

Safety and side effects

Medical marijuana use is generally considered safe. But different strains of marijuana have different amounts of THC. This can make dosing marijuana difficult.

Smoking marijuana can affect your memory and cognitive function and cause harmful cardiovascular effects, such as high blood pressure. Long-term marijuana use can worsen respiratory conditions.

Marijuana has a central nervous system (CNS) depressant effect. As a result, marijuana use in combination with anesthesia or other drugs used during or after surgery might cause an additive effect. Don't use marijuana two weeks before planned surgery.